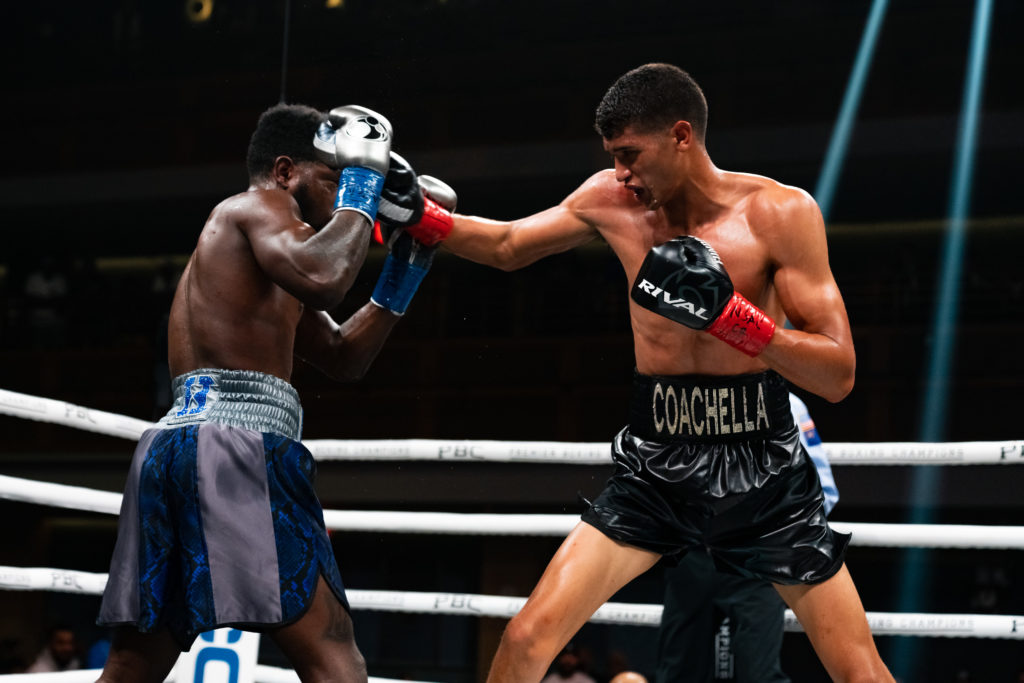 Coming up on October 8, the undefeated contender at 154 lb. Sebastian Fundora is set to take his next key step toward a title shot when he battles veteran Carlos Ocampo in the main event on PBC/Showtime in Carson, CA. And, on Wednesday, Fundora and Ocampo met with the media in a virtual call to promote their 12-round battle for the best jr. Middleweight first place.

“My last 4 fights have been tough fights. This is no different. I feel like my entire career I’ve been fighting tough challenges. The only difference is this time I’m the A-side in the main event.” @SebastianFundo1 #FundoraOcampo pic.twitter.com/gO94UtEIKu

“I’m so excited. I was in the main event last time, but this time I’m really the headliner and I’m even more excited to show it off in front of my fans in Southern California. I’m ready to fight,” Fundora said.

“I showed the fans what I was made of in my last fight. It wasn’t really what I learned. My goal was to show myself and what I am capable of for the fans. I really wanted to show who I am in this division. I am serious about becoming world champion. I think Ocampo is a strong Mexican boxer like me, so of course he is going to come and punch. This is the perfect fight not only for Southern California fans, but for everyone who watches it.

“I have been ready for the title, but we have to keep busy. I have to put up with tough fights like this to keep growing. Ocampo is a ranked fighter and he will help me get to where I want to be.”

Fundora returns to the ring after emerging victorious in an instant “Fight of the Year” contender in April on Showtime, when he got up off the canvas to stop the hard-hitting Erickson Lubin. He will look to cement his status at 154 pounds against Mexican contender Carlos Ocampo, who has won 12 straight fights since a 2018 loss to unified welterweight world champion Errol Spence Jr.

As for Ocampo, he knows that arguably the tallest contender at 154lbs at 6’6″ will literally be quite a challenge.

“I thought Sebastian put up a very good fight against Lubin. It was a dynamic and entertaining fight. I enjoyed watching it for sure. But I think he fits very well with my style. With two Mexican fighters inside the ring, you are going to see fireworks.

“We are both fighters who like to get inside and we are not afraid to trade and fight. We give the fans what they want and I know they will be happy with what they see on October 8.”

Texan Jermell Charlo owns all four jr. middleweight world titles and he will have to face his IBF president, Bakhram Murtazaliev of Russia, or the WBO’s best man, Australian Tim Tszyu, or both. Still, a battle with the long-span Fundora would also be intriguing.

And, with another impressive victory in a few weeks, Fundora will be in the right position to get that fight.